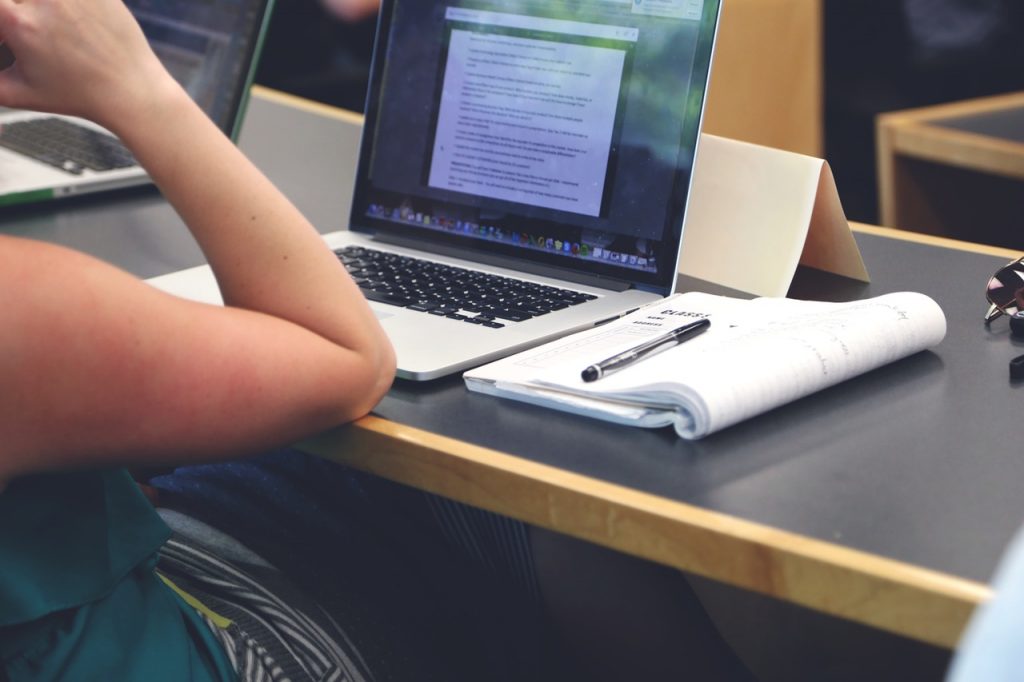 The more often you write, the better you will write. You’ve heard it before, and you’ll invariably hear it again.

As an avid writer, I wholeheartedly agree. As a teacher, these often-heard words of wisdom sound much easier in theory than they are in practice. You can have students journal daily, scribbling in handwriting that more closely resembles hieroglyphics than actual English, and they might build stamina as writers by the end of the school year.  However, without some sort of guidance in writing, the journal entries you get in September will often not be too far off from the writing you get in June. Guidance is what makes writing journals meaningful. Feedback is what students can take, process, and use to become better writers. The more feedback a student can get on a piece of writing, the more opportunities exist for editing, revision, and future growth.

Now, we might loathe admitting it, but teachers are not able to grade every piece of writing that our students produce. I keep trying, but the mind of a teacher can only run on four hours of sleep for so long before all the journals blend into a giant word blob and the Giant Grading Stack of Doom makes feedback more in-depth than “great job” or “keep trying” seem impossible. The struggle is real.

So what can we as teachers do to provide quality feedback that gives meaning to those writing journals while still retaining our sanity? Kidblog presented itself as my solution.

I discovered Kidblog during my time as a long-term substitute to cover a maternity leave. When I entered that 7th grade classroom, students had already been using the site for a few months. Their teacher, who was using the blogs for the first time as well, encouraged me to make my own suggestions about what worked and what I could do to improve her current system. Prompts were given biweekly. Students had a “comment day” where they would take turns going through their classmates’ blogs leaving feedback. The students were engaged, but being 7th graders concerned about their peers, tended to leave brief comments saying “good job” or “I liked it” even if the blog they were commenting on had nothing to do with the prompt or was a giant, 300-word run-on sentence. I loved how they cared enough to boost the confidence of even the most struggling writers, but well-intentioned platitudes did very little to improve anyone’s writing.

Last year, I made some changes to my approach. I was able to introduce a certain set of standards on week one that set the precedent for comments. We spent time talking about what kind of feedback helps us the most. We discussed why “good job” isn’t all that helpful for someone who is trying to find what works for them as a writer. Most importantly, we established a commenting guideline of two sentences minimum per comment. These two sentences had to contain something meaningful. Students remarked that they liked hearing about what they did well and felt uncertain, like someone was lying to them, if they just commented that everything was perfect. This created a sort of formula for what constituted a good comment: Constructive feedback = 1 thing the writer did well + 1 thing they could improve on in the future.

This formula improved the quality of the comments. A comment tracker spreadsheet where students submitted monthly comments set a quantity standard for how often students needed to give feedback to their peers. Some students still struggled with the concept of giving constructive criticism. They didn’t want to hurt anyone’s feelings, even if their feedback could help their classmate do better. The social factor often played a role in who received formula-based feedback and who received the generic stock comment of “I liked your details. Maybe write more”. While it was an improvement from year one, there were still some things that needed to be tweaked to establish the kind of open online community that we had verbally in our classroom.

This year with my 9th graders, I established the standard and the formula in week one. However, before I set them loose, I assigned a completely separate oral presentation project. After each presentation, we applied the formula as a whole class. First, using a rubric as a guide, volunteers were asked to point out everything the speaker did well, ranging from content, to demeanor, to effort. Much to my pleasure, students jumped at the opportunity to complement each other. They understood how difficult public speaking could be and went out of their way to encourage everyone. Even my ESL students, who had every reason to be apprehensive about feedback due to feeling out of their element, experienced rounds of cheering and compliments about their bravery.

With every round of compliments came a second round of constructive criticism. Every student, no matter how perfect their presentation may have been, had to wait for the suggestions for future growth. The first few were uncomfortable and I needed to give a suggestion sample before one or two hands would go up to contribute. Just like in blogging, peers were not as inclined to point out flaws, especially with the speaker staring at them. However, my examples and the rubric helped them pick specifics. Before long, each presenter would leave the front of the room having received compliments and at least two areas they could work on for the next time they had to present a project. Most times, they even were nodding along in agreement as they received their feedback.

The end result of this new approach? Suddenly students were looking for specific things they could say to help each other rather than reproducing vague generalizations. I make an effort to provide feedback of my own on each tri-weekly blog, but I often find that many things that I would have suggested have already been mentioned by classmates, saving me time—and reducing the Giant Grading Stack of Doom. Students who may struggle with paragraph format or spelling are noticing things in other people’s writing that even I might not have thought of. They have begun to teach each other an awareness of audience that didn’t exist when I was the sole commenter. They are being reflective after each post and take time to go in and actually read what their classmates are saying in the comment section. Best of all, their next post usually pays attention to details that were mentioned as ‘areas for growth’ the previous week.

My students, including those who used to struggle to write a coherent paragraph, are producing blog posts that are longer and longer with each prompt. They work to create an authorial tone in their debate topics because they want their audience to side with them. They feel comfortable entering writing contests because they get editing advice from their friends before submitting. We are no longer writing endlessly in a vacuum. By using blogs as a feedback tool, another equation—writing more often = writing better—has come to fruition in the classroom.