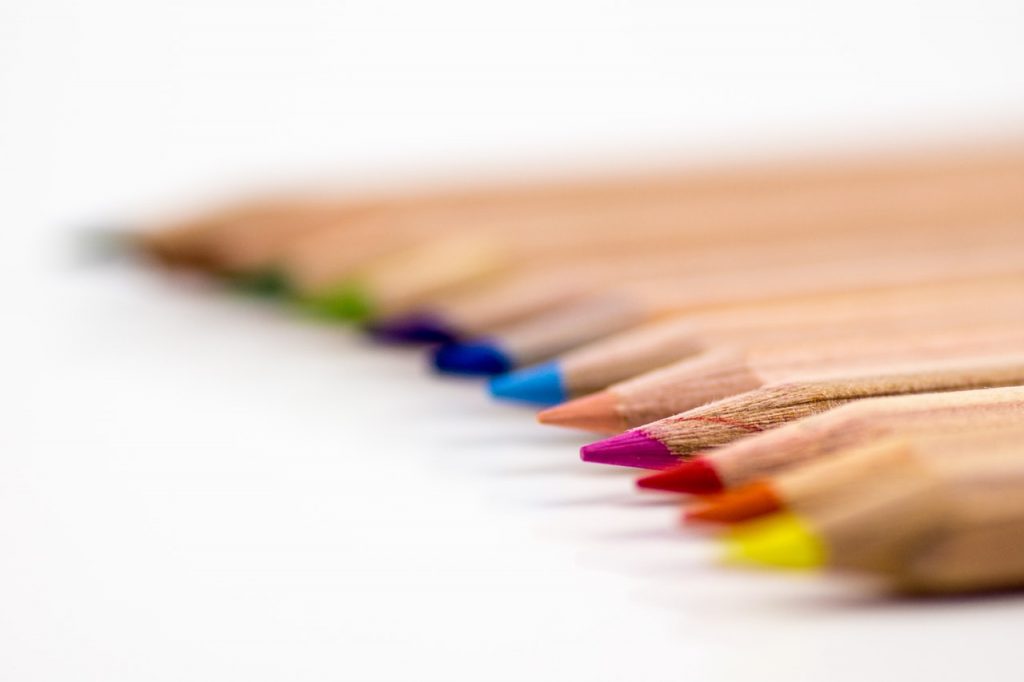 My favorite way to teach figurative language is by having students read and write poetry.  Even reluctant writers are willing to attempt these short assignments. This year, I taught my Color Poems lesson about similes and metaphors and had my students publish their poems on Kidblog.

In my early attempts to teach metaphors and similes, I discovered fourth, fifth, and sixth graders could easily write similes, but struggled a bit more with metaphors.  I took an idea from Pat Patison’s Writing Better Lyrics which described metaphors as a larger idea and similes as the details.  I built on this by creating poems about color where a statement such as “Grey is boredom” was the main idea, or metaphor, and three related similes provided supporting details.

Here is how I introduced the lesson to my students.  First, we discussed how colors can represent abstract ideas like emotions and attributes of character.  I showed them examples of metaphors where a color equals one of these ideas. For example, yellow is happiness.  This became the main idea and title of the poem.

Next, we brainstormed related ideas to either the color we chose or the abstract idea.  For example, here are three for “Yellow is Happiness”:  like time spent with my best friend, like a day in the summer sun, as warm as a kitten purring in my lap.  I explained that these were similes of yellow, because they compared two ideas and used the words “like” or “as”.

Then, I had my students brainstorm or mind map the color brown.  We used those ideas to create a poem as a class using the pattern metaphor, simile, simile, simile. After working in partners and using their ideas to model the structure,  I released students to write their own poems and turn in a draft.

The next day, I handed those drafts back to the students.  Every good piece of writing needs time between the first draft and revision.  I showed them how to use tools like an online dictionary and thesaurus to revise and edit their poems, expanding their vocabularies to make precise word choices. They shared their poems with partners to refine their products.

Finally, it was time to publish on Kidblog.  I had the students choose one of the existing headers for their graphics.  I told them they might not find the same subject, but they could find something with the color and tone they chose.  I’m still working with them on making appropriate graphic choices, so I deliberately limited what I would let them post.

After they published, they read and commented on each other’s poetry.  They were so kind to each other. My most reluctant writer received much positive feedback on his “Red is anger” poem.  He wrote about sibling arguments and included a header with a chess game.  Other students could relate to this situation.

Below are some other Color Poems to share as mentor texts as you write Color Poems with your students.

As still as an undisturbed pond.

As wild as a new tiger kitten.

As deep as the midnight sky

For individual teachers, memberships are $54 $43/yr with promo code JANUARY20.

Enroll your grade level/school/district, priced per school. Discounts may apply.