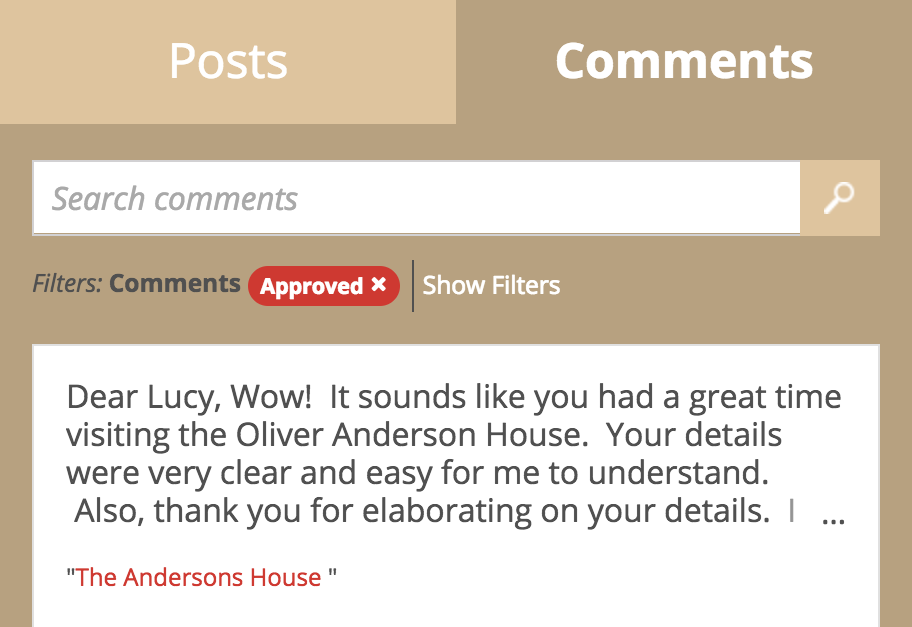 After spending countless hours commenting on my students’ work and posts on Kidblog, I was eager to read their responses. However, I was disappointed to see that their reflections and comments to me and their peers seemed anything but profound. Instead I was met with comments such as, “I did a good job”, “I like your ideas” or “I am not good at math.” I couldn’t understand what had gone wrong. Then it hit me. I realized that I had not taken time to teach them how to reflect and create thoughtful comments. Once this realization hit, I set out to help my students become thoughtful responders and reflectors.

1.) Modeling: Before I can expect my students to write thoughtful comments, I needed to do so myself. I began modeling the language I was expecting them to use. During class discussions, I began responding with comments like “Thank you for sharing your point of view. It takes courage to express our feelings to others”, and “It’s ok to not agree with how other people feel as long as you are respectful to others and explain why you feel that way”. They noticed. It didn’t take long before my students started speaking this same way to each other. I also took my time to post detailed and thoughtful responses on their work so that they had an example of exactly what I was looking for.

2.) Guiding: After laying the groundwork for thoughtful commenting, I found I needed to be more specific on what I wanted from my students in their responses. I created sentence starters that they glued into their planners and could look at as references when they were stuck. I dedicated some of our weekly computer time to them responding to the comments their classmates and I had made on their posts. Some of our sentences starters were:

“I am proud of my work because…”

“For this assignment I was most excited to learn about…”

I made sure it was clear that they were not limited to the phrases I had given them. These were just suggestions to get them started as I hoped they would soon come up with their own authentic responses once they had some more practice under their belts.

I also decided to introduce Growth Mindset to my class. I had been hearing time and again that they didn’t feel like they were capable in certain subjects and often felt like giving up when things were too hard. I wanted them to understand that we all have different strengths and challenges and that’s ok. As a practice, I gave them negative phrases such as “This is too hard”, or “I will never be good at writing” and had them transform them in a positive way. They came up with phrases like “I will ask for help”, “I will keep trying”. We made a Growth Mindset wall in our classroom with these positive phrases and I continue to encourage my students to use them in everyday life as well as in their reflections and comments.

It’s working. Their comments are more genuine and heart felt. They are taking more time to reflect on their work and think about what they can change, and what they did well. It is becoming more natural to them. Many don’t even need the sentence starters any more.

Their comments have gone from ones such as “I like my mark” to “I am proud that I took my time on this assignment; I put more detail into my writing and I learned a lot about extreme environments.”

3.) Getting parents on board: My next goal was to get parents involved in this process. I had previously invited parents into our Kidblog class as guests, but I was noticing that not many parents were commenting, and when they did their comments were similar to what the students had been saying in the first couple months of school. “I am proud of you”, or “good job” were common. While I was excited that parents were looking at their child’s work and posting comments, I wanted to encourage them to write more thoughtful comments. The problem was I wasn’t sure how to go about it.

I chose to send home a letter reminding parents who hadn’t been on Kidblog how to sign in, and the benefits of doing so (i.e. all the great work their children were doing that they would be able to view). I gave them sentence starters such as “I am proud of you for…”, “I would like you to improve on….. and I will support you by…” and explained that providing more thoughtful comments and looking at Kidblog with their child would give them a lot more insight into how their child was doing, and give their child more meaningful feedback and encouragement. I found that some parents began taking more time to respond in deeper ways – a definite start!

In the future, I plan to teach my students how to respond thoughtfully at the beginning of each year. This comes with the hope and expectation that by term three I will be able to take a step back and enjoy the progress they have made.

For individual teachers, memberships are $54 $43/yr with promo code JANUARY20.

Enroll your grade level/school/district, priced per school. Discounts may apply.